What are the Criteria for Normal Pregnancy? 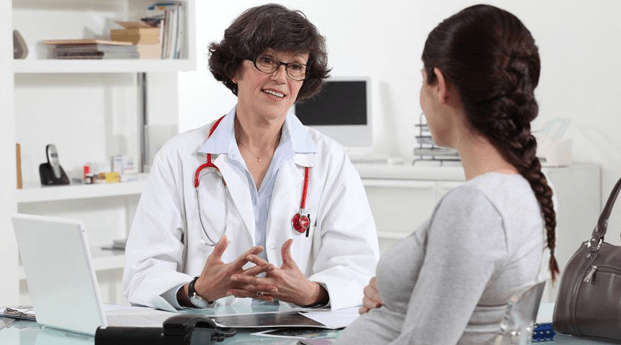 The beginning of pregnancy period will be filled with some visits to the obstetrician. This activity is of course arranged at certain times according to gestational age. What kind of pregnancy which is called normal pregnancy?

At the time of a normal pregnancy, Mommy will meet with obstetricians about three weeks to four weeks. The consultation will be more frequent in line with the gestational age.

There are a few things to be considered during pregnancy. The risk is including high blood pressure, protein removal in the urine, abnormal fetal development, and many others. Here are some things that Mommy needs to consider in each stage of pregnancy.

In the early stage of pregnancy which is referred to as the natural process, Mommy would not normally be checked thoroughly. Mommy will often communicate with the nurses at this time. They will do the check up every time Mommy visits the obstetrician.

This normal check up is conducted to determine body weight, blood pressure and urine tests. The last test is conducted to look for diseases that can be detected from the urine.  Because in this period it is very difficult to hear the heartbeat of the fetus, so it really depends on the documented record mentioned above. The heartbeat of the fetus may be heard after approximately 10 weeks of pregnancy. Vaginal bleeding, fever, unusual pain and other medical problems cannot be detected in details in the first trimester.

A tool commonly used by obstetricians in early pregnancy is ultrasound, which is often referred to as USG. Ultrasound can be done at this time by the obstetrician to look at the condition of the fetus and the uterus. There are many obstetricians using ultrasound to determine fetal development from week to week.

Other evaluations such as physical examination in the laboratory conducted to determine the category of high-risk pregnancy. PAP Smear examination, the size of the uterus, and other diseases such as TORCH are very important. The size of the uterus is very influential on the development of the fetus. Twin pregnancy should be identified in the first trimester so that preparations for the development of the fetus will be better.

If there are certain diseases such as diabetes, thyroid, hypertension and irritation of the intestines, then the pregnancy that Mommy is experiencing is an abnormal pregnancy. Early treatment of the symptoms mentioned above will greatly help the healing during the pregnancy period.