Is it Safe to Have Sexual Intercourse during Pregnancy? 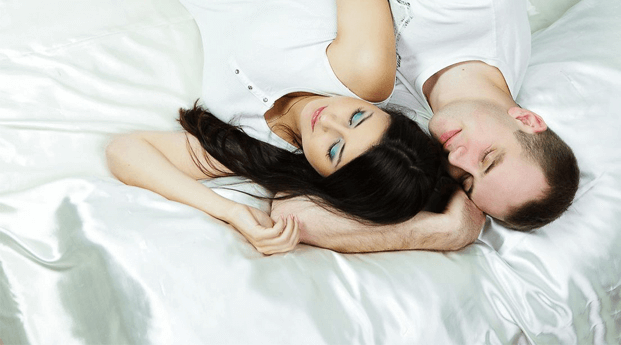 The safe sexual position during pregnancy should also be considered. If the woman is pregnant, the man and woman should not face to face when having sex. This is to prevent non-accidental actions by man such as kicking the woman’s belly during penetration. If this happens, there is a great possibility that she will directly experience bleeding and miscarriage.

To prevent that non-accidental action from happening, the most appropriate sex position is lying-on-the-side (tilted) position. This tilted position would make the woman not facing the man directly. The man himself could hold her from behind while doing penetration. This method is considered safe enough for some couples because the intercourse will not directly affect the fetus.

Sexual intercourse during pregnancy may sometimes lead to some unique things, including the woman inadvertently will secrete milk through the nipple. It is not something that should be feared because Mommy’s milk secretion in the nipple is normal when having sexual intercourse. It will make the sexual activity more exciting.

In order to stay fit and healthy during pregnancy, be sure to always consume foods and beverages which are healthy and nutritious. As long as Mommy keep doing the her daily activities safely, the baby will be born healthy.